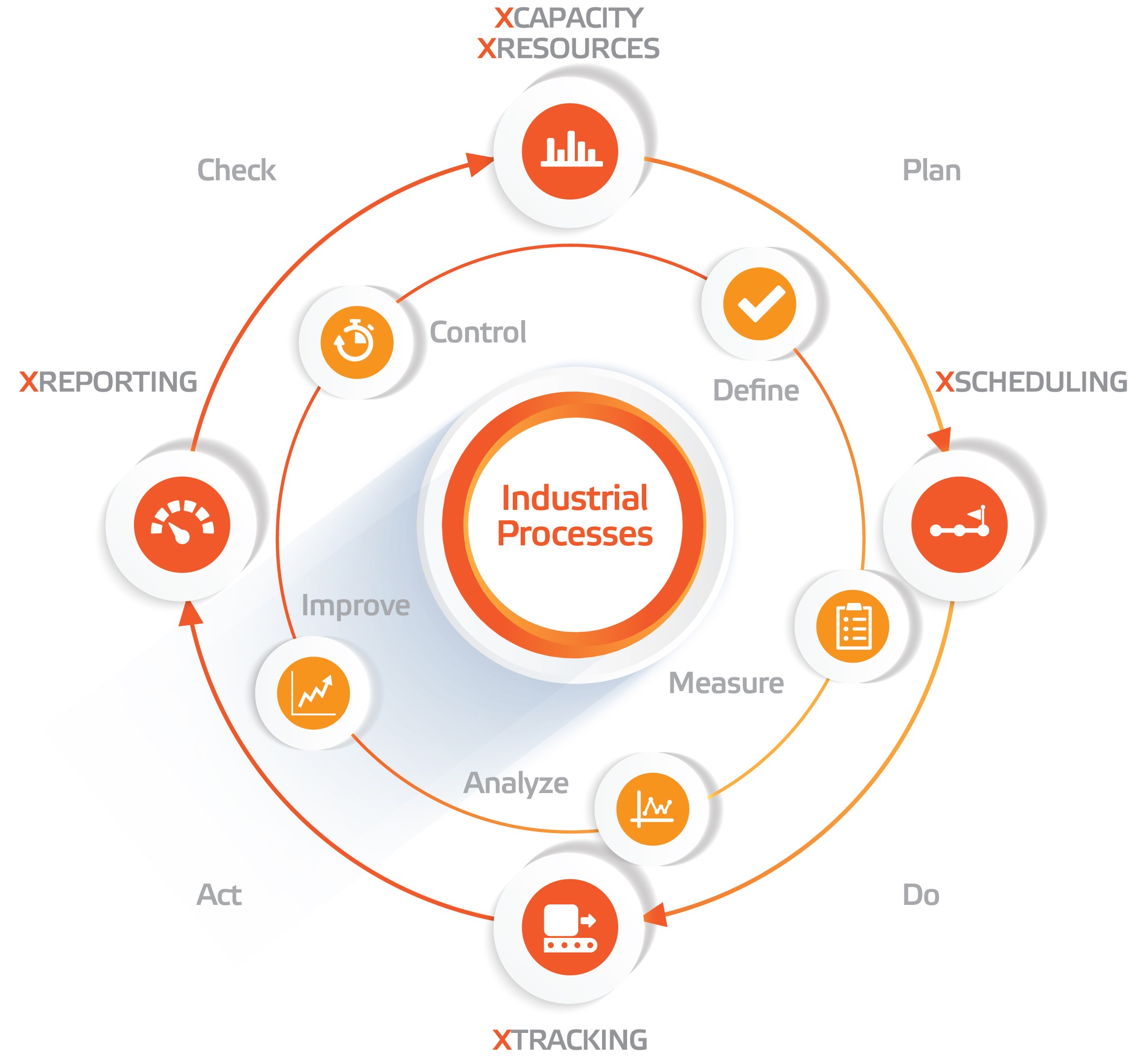 XMOM(Manufacturing Operations Management) systems for managing production processes can be used as a tool for implementing Lean Six Sigma methodology. The link between the function of XMOM and the ideology of LSS  creates the ideal environment for long-term growth and improvements through:

The Lean methodology was first introduced by Henry Ford through his assembly line and later Taichi Ono created and applied Lean management philosophy and practices in the production of Toyota.

Lean in short is a systematic approach to identify and reduce losses (processes which do no not add value). The purpose of this methodology is to improve production operations by:

What is “Six Sigma”?

Six Sigma is a strategy for quality control which was introduced by the US company Motorola in 1981 and since then it has helped numerous organizations from various industries around the world to save huge amount of money.

Six Sigma is a statistical method based on the concept “variations of the process” that takes into account different variables (eg the waiting time for a product in front of a work center which can vary from seconds to minutes). The ultimate goal is to improve the production process so that the accumulated defects are no more than 3.4 in 1 million – production quality of 99.9997%. The results from implementing the Six Sigma strategy are increased turnover and greater customer satisfaction.

All Six Sigma projects are based on the DMAIC framework which has 5 phases: Define, Measure, Analyze, Improve and Control. Each of these phases contains a set of tools and techniques to help improve the production process from beginning to end.

In the 1980s consultants and professionals trained in both Lean and Six Sigma realized the synergy between them. They started combining different tools from Lean ( focused on reducing waste) and Six Sigma ( focused on improving quality). That is how the methodology Lean Six Sigma ( LSS) was created which aims to improve the strengths and minimize the weaknesses of both approaches.